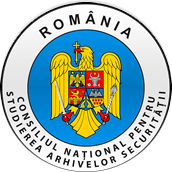 At the end of the 1990s, as a closing act of the transition period,the first bill was presented in Parliament, enabling insight into the Securitate archives. The bill was pushed forward by Peasant Party Senator Constantin Ticu Dumitrescu, a former victim of the communist dictatorship and chairman of the Association of Former Political Prisoners. The institutional model for this initiative was the German Federal Commissioner for the Records of the State Security Service of the former German Democratic Republic. After suffering several amendments to the content and form, the bill was passed by lawmakers in December 1999 as Act No. 187, “concerning one’s access to his/her own files and the disclosure of the Securitate as political police.” Albeit not conceived by the same intent as Ticu Dumitrescu’s original bill, an act passed during the presidential term of liberal-democrat Emil Constantinescu enabled the formation of the National Council for the Study of the Securitate Archives (Consiliul Național pentru Studierea Arhivelor Securității – CNSAS) in 2000. The CNSAS was intended as an informal lustration agency similar to the Bulgarian Dossier Commission, but during its almost twenty years of activity the mandate and scope of activities of the CNSAS have gone through changes to its legal parameters and the political environment surrounding the institution.

The CNSAS was created as a budgetary organ supervised by the parliament and directed by an 11-member board, the members of whom were and still are delegated either by political parties, churches, or other public institutions for six-year terms. The law charged the new institution with preventive screening and disclosure of public servants with a past of collusion with the communist state security. It also charged the CNSAS with the management of access to individual files of former victims and scholars, and with the gradual takeover of the former political police’s archived sources for academic and educational purposes.

On February 28, 2005 the Supreme Defence Council (CSAŢ) issued a resolution to ask for the urgent transfer of 12,000 rm. of documents in addition to the 700 rm. of documents transferred by the SRI to the archives in the previous five years. Urgency decree (Ordonanța de Urgență – OUG) No. 149 dated November 10, 2005 set out new provisions to guarantee the regular business of the institution. Further documents were transferred to CNSAS in 2007; when the quantity of documents handed over to the archives reached 20,000 rm., the CNSAS could fully comply with obligations set out in the institution’s founding act.

A major conflict concerning the attributions of the CNSAS erupted in early 2008, upon a lawsuit about the alleged involvement with secret services of Senate vice-chairman Dan Voiculescu. Attorney Sergiu Andon, chairman of the Lower House requested the review of Act 187/1999 for compliance with the constitution. Constitutional Court Resolution No. 51 of January 31, 2008 declared the unconstitutionality of the 1999 act establishing the CNSAS and of the subsequent government decree that regulated its activities. The liberal government of Călin Popescu-Tăriceanu prevented a full setback by quickly passing two complementary emergency decrees. With the decisive support of the prime minister’s security policy advisor, public intellectual Marius Oprea, Parliament unanimously passed Act No. 293/2008 in December that year. The act is still in effect and sets the framework for the institution’s operation.

Institution in charge of the archival records

. One of the most important public achievements of the CNSAS has been the ability for individual access to state security files.

Eligible individuals entitled by law can get access to relevant files concerning their security past. However, research conditions are far from ideal due to several factors, such as the small size of the research room, or the excessive workload of archival staff. Professional researchers and individual citizens asking for their own file have to wait for longer periods, and this might especially hurt those belonging to the elder generations, in their right to access relevant documents. Time-consuming procedures for the identification of former informants and/or officers is another potentially disadvantageous factor for elderly applicants. The CNSAS does not possess an integrated catalogue that could provide guidance on which documents are still with their former stakeholders (special services and/or other branches of the public administration), thus one applicant may not receive, upon his first request, all the documents pertaining to him.