In March 1963, Directorate I of the Ministry of Interior

established within its apparatus a special purpose service (SZU) – Section 22, reporting directly to the Chief of Intelligence Col. Josef Housk. On 1 April 1963 Major Jan "Ostrovský" Ondrovčák was provisionally appointed chief of the Section. He remained at the head of the service however even after the reorganization of 1 February 1964 when the SZU became Section 7 of Directorate I of the Ministry of the Interior.

, sabotage, subversion and other activities aimed at undermining the enemy's economic-military potential, both in peace time and especially during war, with a view to promoting the foreign policy and security of the worldwide socialist system". This agency, designated to carry out "combat operations" approved by the Minister of the Interior, had to be "fully vetted and reliable". Broader actions and technical measures were consulted and coordinated with the Soviet KGB. 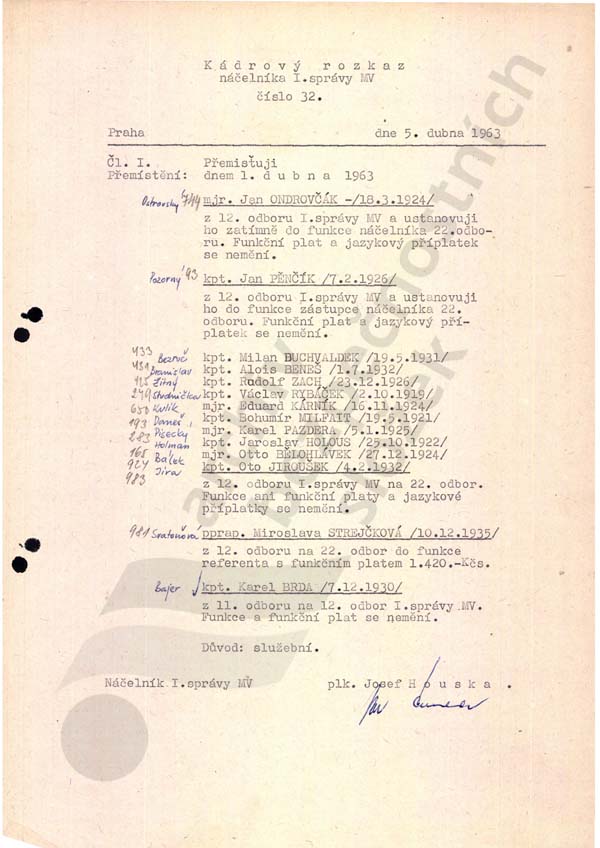