Section 55 of Directorate I

The Section was reponsible for operative records, registration and the archive. It secured, steered and monitored the execution of the registration, recording and archiving agenda:

, with the possibility of utilising information from sub-systems of other forces of the ministry. The Section prepared the agenda for the automatised data processing. The individual projects - systems were labelled:

Organisation of Section 55 in 1976 (staff numbers) 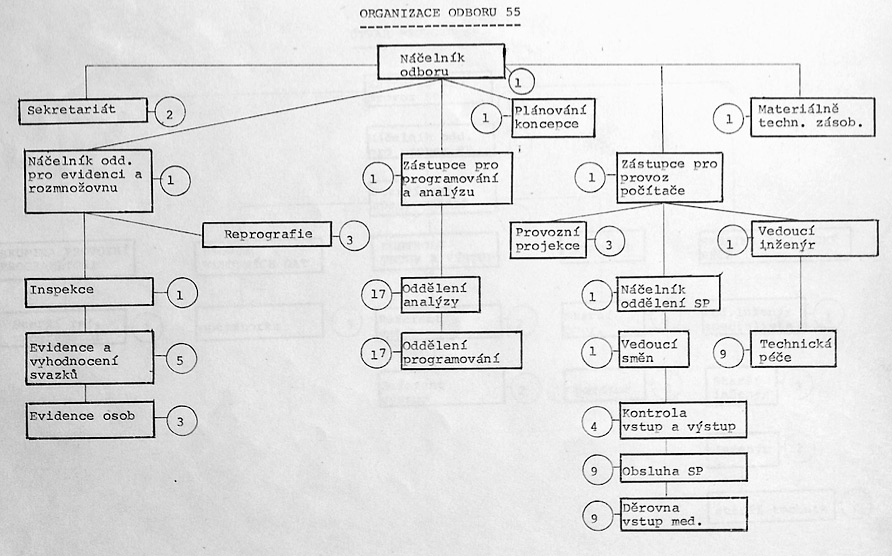 In 1989 the Section also fulfilled the function of a national body of the ČSSR in the international integration of state security information – the so-called System of consolidated knowledge about the enemy. It secured the technical solution of projects and their operation within the automated information system of Directorate I.

See also: Director I of the Ministry of the Interior